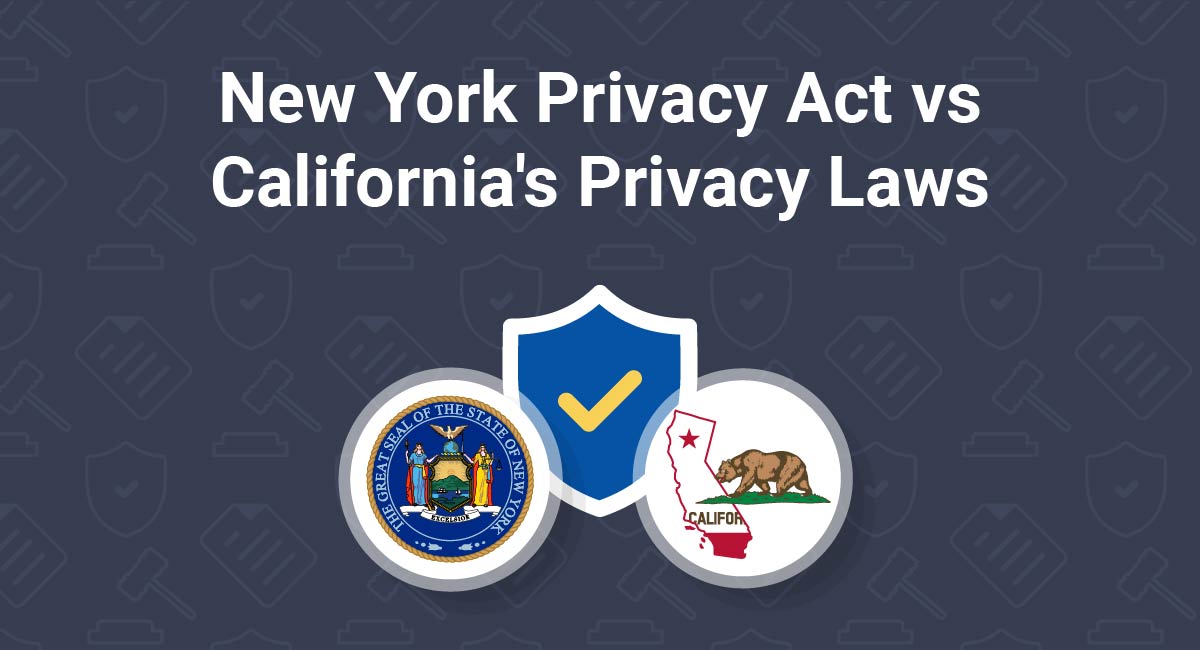 In the United States, California has long led the way in digital privacy. The California Online Privacy Protection Act (CalOPPA) was the country's first major privacy law, and the California Consumer Privacy Act (CCPA) placed some tough restrictions on the sale of personal data (or "personal information").

Even though the New York Privacy Act (NYPA) (NY State Senate Bill S5642) won't be taking effect, it shows how states and legislators are taking privacy and privacy laws more and more seriously. This means that sooner than later, laws will likely be introduced in states that could make California's privacy laws look weak in comparison.

It's good to become familiar with the NYPA to get an understanding of what the future of privacy laws may look like for your business. The NYPA would have introduced strict new data protection requirements on businesses and would have forced businesses to act in their customers' best interests. And it would have empowered consumers with new a set of rights.

The NYPA and California's existing privacy laws all serve similar purposes. But they apply very differently. Let's examine what the laws are trying to achieve.

What are the Main Aims of Each Law?

The NYPA would have brought a new standard of data protection to the State of New York.

Kevin Thomas, the New York Senator who sponsored the bill, stated that the NYPA was intended to "address how online platform/social media firms process personal data."

However, the NYPA wouldn't only have applied to social media companies. It would have required all types of businesses to handle personal data in a responsible and transparent way.

The CCPA also emerged as a response to the increasing power of online platforms and social media companies. Legislators expressed concern that many businesses now know:

"where consumer lives and how many children a consumer has, [their] personality, sleep habits, biometric and health information [...]"

The CPPA is all about regulating the sale of personal data. It also provides consumers with some control over how certain companies use their personal data. Its scope is, therefore, narrower than that of the NYPA.

CalOPPA was passed in 2003 when the internet was a very different place. Fundamentally, the same motivations underpinned the law, which was concern about the ways businesses treat personal data. CalOPPA's scope is also narrower than the NYPA. It requires businesses to be transparent in their practices, but doesn't require much beyond this.

Who Does Each Law Apply to?

One thing that unites all three laws is that they apply to companies based outside of their respective states.

The NYPA, CCPA, and CalOPPA are designed to protect consumers located in New York and California (respectively). The location of the businesses that the laws regulate is, effectively, irrelevant.

The NYPA would have applied to companies of any size and any turnover including multinational corporations and small nonprofits. It divided companies into two categories:

However, the NYPA wouldn't have applied to state and local governments.

The CCPA applies much more narrowly. It applies to "businesses." However, it defines a business as a legal entity that:

CalOPPA also applies broadly, covering "operators of commercial websites." This could include a nonprofit or publicly funded operation if its website is engaged in commercial activity, such as advertising.

What are the Penalties for Violating Each Law?

The NYPA would have been enforced under the New York General Business Law Article 22-A: Consumer Protection From Deceptive Acts And Practices (Section 350-D). Businesses could have received a $5000 maximum fine per violation.

The CCPA is enforced by the California Attorney General:

Both laws also contain a "private right of action." This means that under certain conditions, consumers can take a business to court and claim damages.

CalOPPA is enforced under the California Business and Professions Code (Section 17206). For a maximum fine of $2,500 per violation.

The laws all define important concepts in different ways. This is important, as it affects how the laws apply.

The NYPA and the CCPA regulate how businesses "process" (store, collect, share and otherwise use) personal data. CalOPPA requires business owners to be transparent how they process personal data. To comply with each law, you need to know what types of data they consider to be "personal."

The NYPA defined personal data as information relating to an "identifiable natural person" (a living individual). The NYPA provided many examples of personal data. These range from the obvious (name, address) to the obscure (browsing history, information about property rentals).

The CCPA uses the term "personal information," which it defines as:

"information that identifies, relates to, describes, is capable of being associated with, or could reasonably be linked, directly or indirectly, with a particular consumer or household."

CalOPPA uses the term "personally identifiable information," which it defines as:

CalOPPA's list of examples is much shorter than under the NYPA or CCPA.

CalOPPA's examples of personal data includes "information concerning a user that the Web site or online service collects online from the user". This could include IP addresses or cookie data. However, such information is only considered personal data if it is kept alongside one of the direct identifiers that CalOPPA recognizes (e.g. name, email address).

Consent is an important concept in privacy law. Certain ways of using a consumer's personal data are only permitted with that person's consent.

However, some privacy laws recognize "implied" consent, also known as "opt-out" consent. Under the "implied consent" model, there are circumstances in which a company can assume a person would give their permission for something, even if the person has never confirmed this.

The NYPA didn't recognize implied consent. Businesses would have been required to demonstrate that they had earned clear and proactive agreement from consumers whenever required.

Here's how the NYPA defined consent:

"'Consent' means a clear affirmative act establishing a freely given, specific, informed, and unambiguous indication of a consumer's agreement to the processing of personal data relating to the consumer, such as by a written statement or other clear affirmative action."

The CCPA does recognize implied consent. By default, businesses are allowed to sell consumers' personal data. Consumers have "the right to opt out" of this practice. We'll discuss this in more detail below.

CalOPPA doesn't restrict the ways in which businesses process personal data. The law only requires businesses to be transparent. Therefore, consent isn't relevant to CalOPPA.

One thing that unites the three laws is that they all protect the personal data of "consumers."

The definition of "consumer" under the NYPA excluded people acting in the capacity of an employee or contractor. So, for example, Facebook would've had to obey the NYPA in respect of Facebook users in New York, but not in respect of its employees in its New York office (except when they are using Facebook for personal reasons).

Obligations Under Each Law

We're now going to look at what each law requires. First, it's worth noting that there's a difference in the general approach of the NYPA and the two Californian privacy laws.

Every business covered by the NYPA would be deemed to be a "data fiduciary." A data fiduciary is legally obliged not to process consumers' personal data in a way that benefits them but harms the consumer. This includes selling the personal data without consent.

Neither of California's privacy laws contains any general principles governing the processing of personal data. They focus on providing clear, specific instructions to businesses.

The NYPA and the CCPA both include a set of rights that consumers have over their personal data. If a consumer wants to exercise these rights, they can simply make a request to the controller/business.

Here is a list of the consumer rights provided under each law. Both laws also contain a "right to be informed/to disclosure." This amounts to a requirement to maintain a Privacy Policy. We'll look at this in the next section.

California remains the US state with the strictest privacy laws. If the NYPA had passed, this may have changed. But this still shows how laws may be shifting in a much more strict direction..