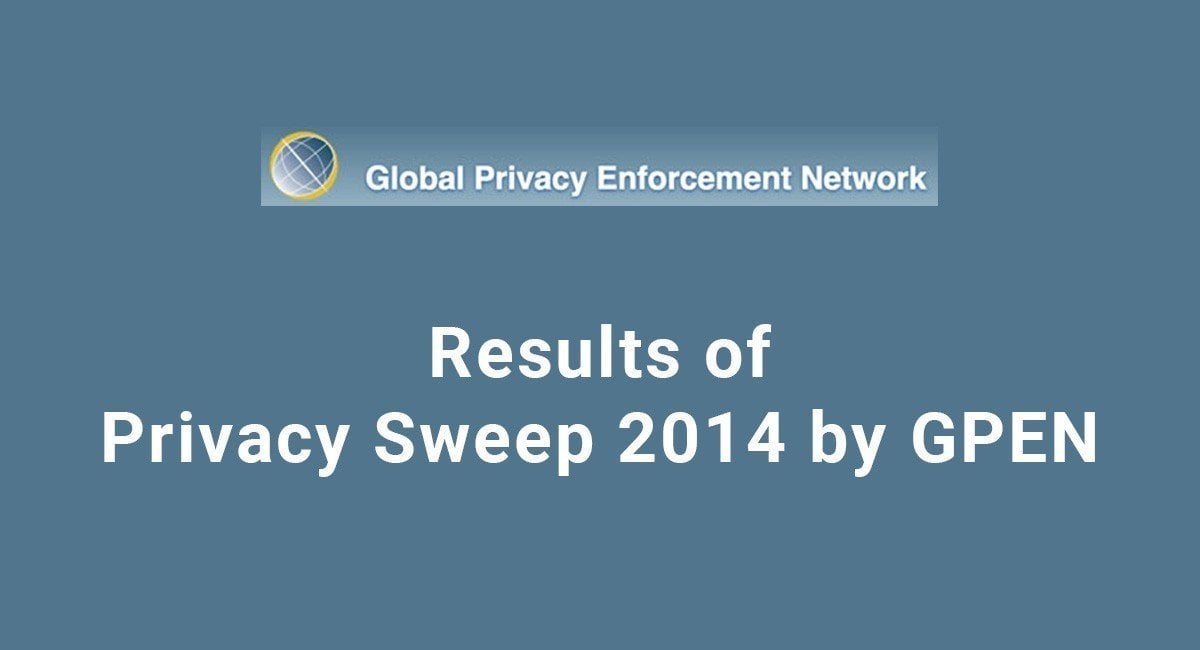 The market for mobile applications (or mobile apps for short) is growing rapidly and, as a result, people are becoming more worried about the amount of information mobile apps are able to collect and use.

In May 2014, a network of 26 privacy enforcement authorities from all over the world, who are concerned with data protection, known as the Global Privacy Enforcement Network or GPEN, carried out a Privacy Sweep.

It was clear that due the growth of mobile apps and their use of personal information, this "Privacy Sweep" should be centered on privacy practices for mobile apps. GPEN looked at 1,200 mobile apps from all over the world and analyzed what permissions these apps were seeking from users, e.g. use of the camera, use of location, use of the microphone.

Both mobile app marketplaces and mobile app developers should look at their current practices and how their practices can be improved based on the findings from this "Privacy Sweep" by GPEN.

This is how the Google's Play Store looks like: 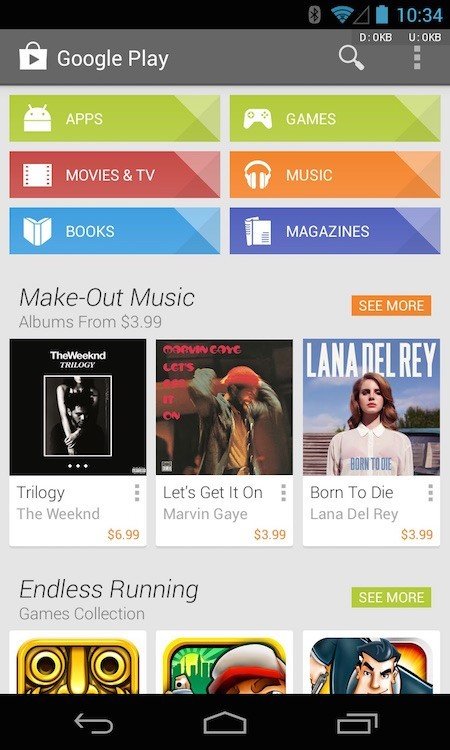 This is how the Apple's App Store looks like from an iPhone: 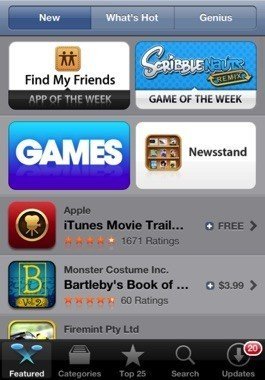 The "Angry Birds Seasons" mobile game asks the user to access the mobile device's system tools, storage, location and phone calls. Here's how the mobile game is requesting these permissions before the user downloads the app: 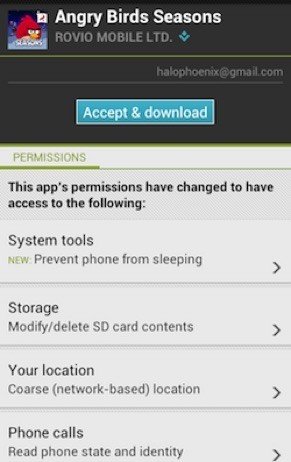 The link to the Privacy Policy of Angry Birds Seasons app is located at the "Developer" tab: Asking for permissions from the user can also come as pop-up request at the time the app needs the permission. Here's how the Skype app asks for permission to use the camera:

On iOS, the privacy permissions for each individual app can be managed from the iPhone "Settings" screen: 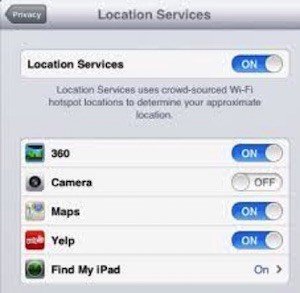 What GPEN wanted to find out was whether the permissions these apps were asking for were going further than what would be usually expected for that app based on what that app is used for.

For example, look at this example of permission request from the "Google Maps" app:

Mostly Yes. If you ask for location data, update your Privacy Policy to inform uses about this.

GPEN also investigated the way the apps explained their reasons for needing particular permissions and what they were planning to do with the data they collect.

A high proportion of the apps examined in the sweep (75%) requested one or more permissions. The permissions that were asked for most often were location, device ID, access to other accounts, camera, and contacts.

In Canada, 26% of the apps reviewed either had no Privacy Policy agreement at all or contained one which was found to be problematic with regards to how the mobile app developer was going to collect, use and share personal information.

But the Canada's PIPEDA requires a Privacy Policy for mobile apps if the mobile app collects personal data from its users.

In Ireland, over half of the mobile apps analyzed were found to have not enough privacy information. Many apps were requesting data that could be considered sensitive under certain laws.

This shows how important it is that mobile apps need to become more straightforward and open about their privacy practices. Other apps were requesting location data without giving the reason for needing that data.

In fact, 31% of the mobile apps analyzed by GPEN in the "Privacy Sweep" contained permissions requests that were impossible for the members of GPEN involved in the sweep to understand why they were being asked for after reading the entire mobile app's privacy policy.

43% of the apps that did have Privacy Policy agreements had not formatted their agreements for a small screen on a phone. This meant that often they were unreadable as the text was too small and the user had to scroll through several screens to read the whole legal agreements

Following this "Privacy Sweep", data protection authorities from all over the world wrote an open letter to these mobile app marketplaces (Apple's App Store, Google's Play store) asking them to make the links to the Privacy Policy agreements of each mobile app collecting personal information compulsory.

This letter was only addressed to the main marketplaces like Apple and Google, but the DPAs emphasized that their suggestions were "intended for all stakeholders that operate an app marketplace."

If you're developing a marketplace for mobile apps, these suggestions may apply to you too.

As a mobile developer, this means that you need to have a Privacy Policy agreement even if you don't collect any personal data.

What the DPAs were most worried about was that the mobile apps that didn't a Privacy Policy agreement, but were collecting personal data anyway. This is why marketplace owners must notify developers that it's mandatory to have the legal agreement posted online and made available to users.

As a marketplace owner, you should make sure that you have implemented a way for mobile app developers to add the link to their agreement. Then, the link must be visible for all users.

Here's how Facebook is showing the link to the Privacy Policy of the developer that has a app published in Facebook's App Store or using Facebook's APIs: 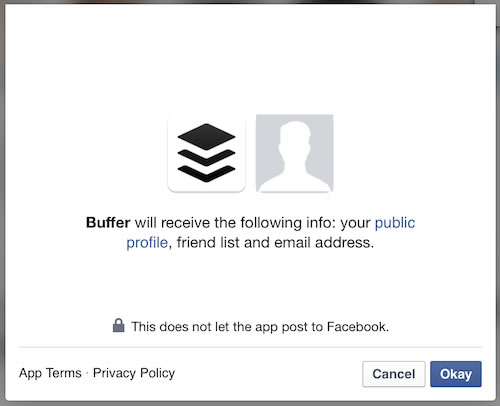 Most marketplaces - either for mobile apps or not - usually display useful information to users, such as ratings, the size of download, version of the app, reviews. In this kind of section, make it a requirement for the developer to link to their Privacy Policy agreement.

As a mobile app developer, you should make sure that you're informing your users about your privacy practices before they download your mobile app.

This is done through the "Privacy Policy" agreement that must be made available to all users, regardless if they are logged-in or not, if they have downloaded your mobile app or not.

Seek sensitive personal information, such as location data, only when you need it and inform users why you're requesting that information. Make sure that the legal page is properly sized for small mobile screens to readable.

Here's a screenshot of a Privacy Policy agreement that has a readable font which is adapted for mobile screens: 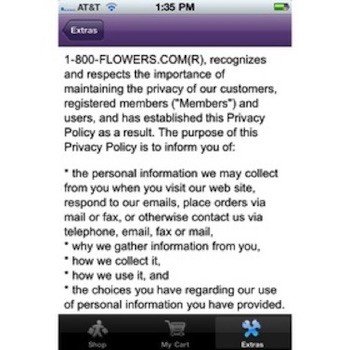 The GPEN's "Privacy Sweep" found that the best practice for mobile app's Privacy Policy agreement was whenever the app used a combination of larger font, pop-ups, layered information, and just in time notification of collection of data (the app informed users when the collection was about to happen.)

GPEN's analysis over these 1,200 mobile apps found the most popular apps in marketplaces were the ones with properly explained privacy practices and permissions.

Both large and small app developers are embracing the potential to build user trust by providing clear, easy to read and timely explanations about what information they will collect and how they will use it. Others are missing that opportunity by failing to provide even the most basic privacy information.

This quote from Commissioner Therrien of the Office of the Privacy Commissioner of Canada highlights and sums up just how important having clear legal agreements is for maintaining a good and trusting relationship with your users.

One of the biggest mistakes developers makes when they create a mobile app is that they think of the legal documentations as an afterthought. Who enjoys reading lengthy, jargon-filled Privacy Policy anyway?

However, this piece of seemingly unimportant detail can actually cost you a lot of money, or your business even. Case in point, Path.

The FTC fined the photo-sharing and messaging service Path $800,000 because of two huge mistakes: for storing third-party names and numbers from their address books without proper disclosure, and for failing to comply with the provisions of COPPA, a law that applies to every app that knowingly collects information from children who are 13 years of age and below.

The FTC in the US suggests a "Privacy by Design" approach. It encourages companies to consider the privacy of its user at every stage of their app's development. 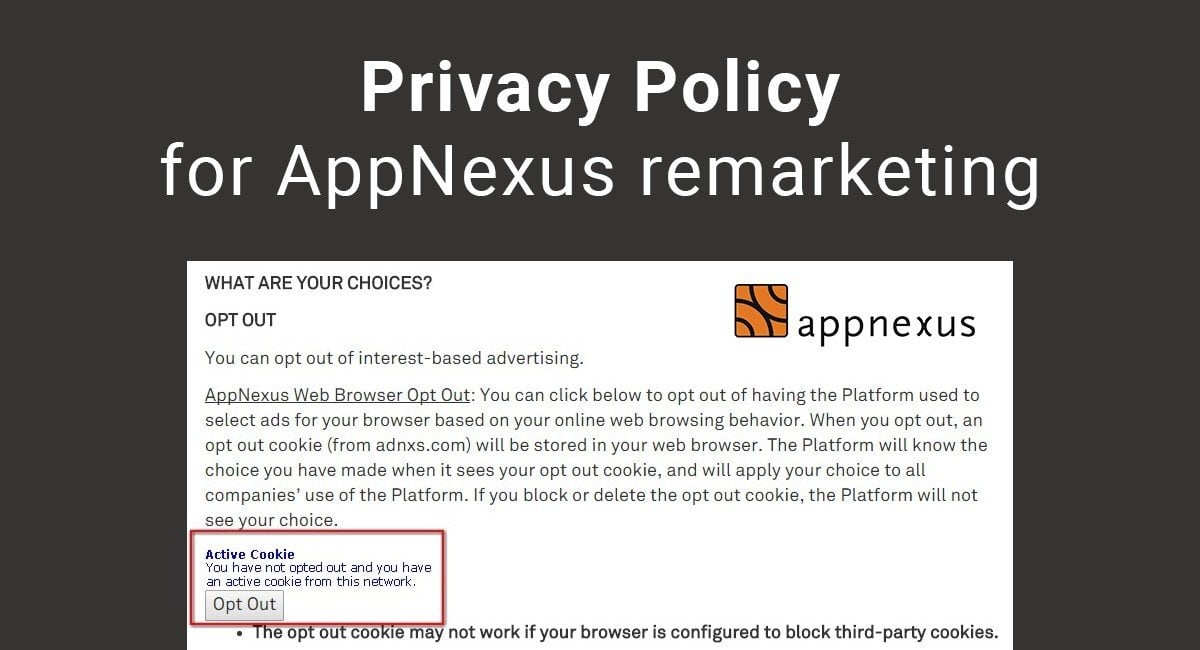 If your business uses AppNexus remarketing technology, there are a few things that you must keep in mind to stay legally compliant for you start your first advertising campaign. Remarketing, also commonly known as retargeting, is a very effective method of online advertising that shows your ads across different websites to... 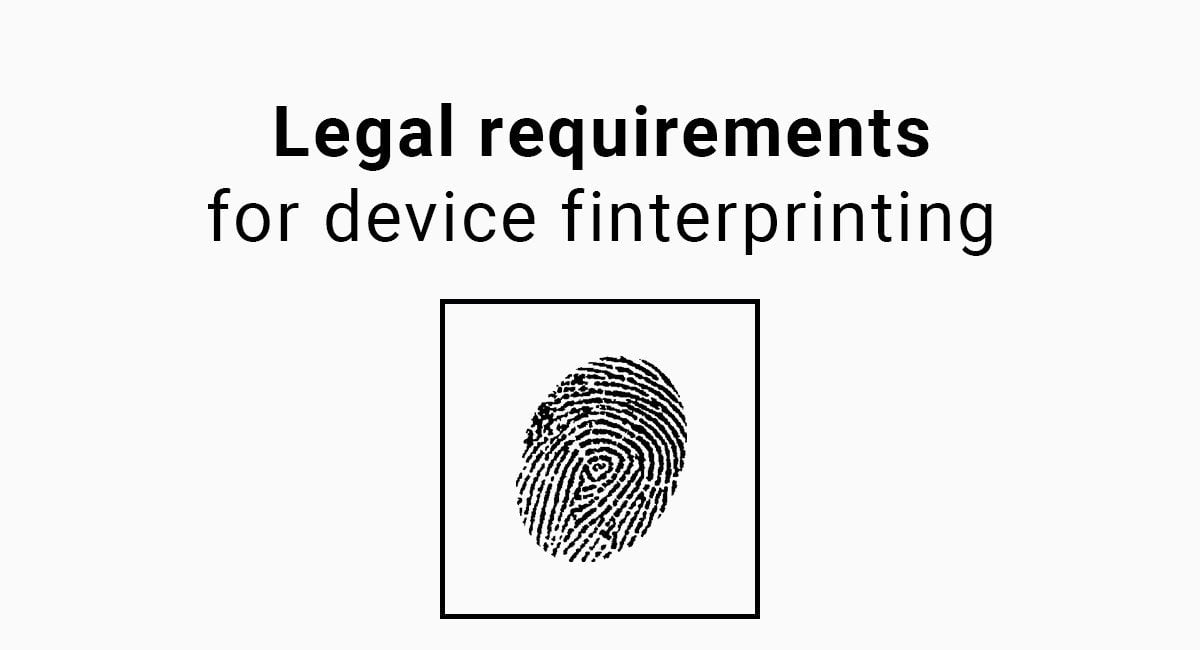 Cookies have been used extensively since the mid-1990s by operators of websites. These small files that get placed on your computer or mobile device were at one point in time the choice tool used for creating custom and relevant online advertising, and for tracking certain usage habits of visitors... 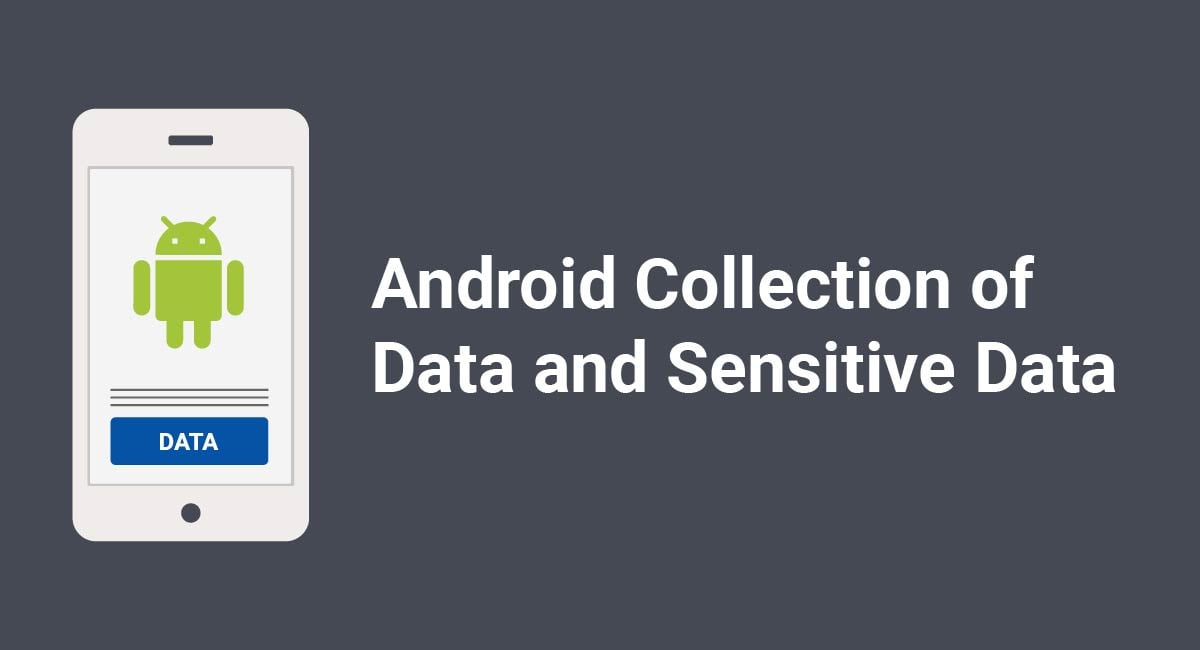 Android is an open source platform designed to encourage third-party developers. There are now well over two million Android apps, many of them produced by small businesses or indie developers. But mobile apps have the potential to be intrusive. They can allow complete strangers to monitor people's movements, spending habits, and...