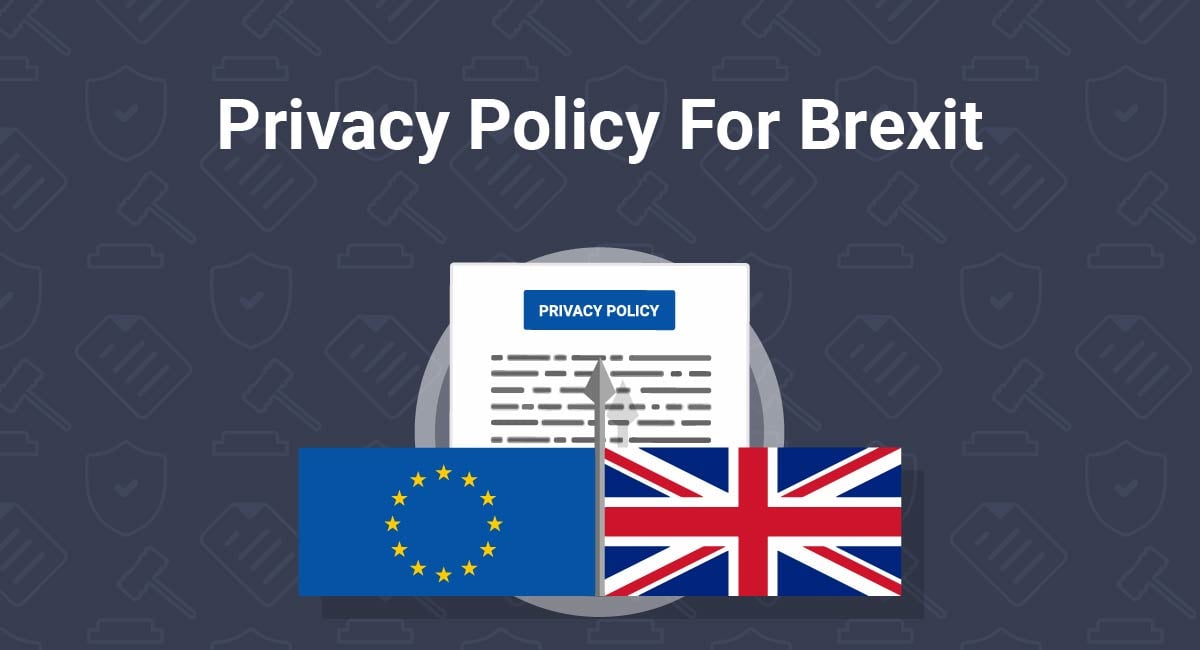 Whatever your views are on the UK's decision to leave the European Union (EU), it's hard to disagree that it has caused a great deal of uncertainty. Because EU law extends to so many aspects of economic activity, there are many different ways in which Brexit might affect your business. And one area in which Brexit has the potential to substantially impact on virtually all businesses operating in the UK is data protection.

The United States (US) Department of Commerce (DOC) has recently released instructions for US companies participating in the EU-US Privacy Shield certification framework. This could require an update to your company's Privacy Policy.

We're going to look at how Privacy Shield participants can implement these changes. But to understand what the DOC requires, you might first need a brief update on the relevant aspects of the Brexit situation.

Brexit is the process of the UK's departure from the EU.

The UK is (at the time of writing) still one of the 28 Member States of the EU, along with such countries as Germany, France, Poland, and Romania.

In June 2016, the UK held a referendum and asked whether voters wished to remain a member. The result, by a majority of just under 52 percent, was a vote to leave the EU.

In March 2017, the UK officially signaled its intention to leave the EU by invoking Article 50 of the Treaty on European Union. This started the clock ticking on the UK's departure.

The UK should have left the EU two years after invoking Article 50, i.e. the end of March 2019. However, the EU has since granted the UK an extension until October 31, 2019.

Why Hasn't the UK Left the EU Yet?

The UK has been trying to negotiate a trade deal with the EU since 2017. It hopes to be able to finish negotiations before leaving.

If the UK left the EU without a trade deal, a scenario known as "no deal Brexit," many think it would have dire implications for the UK's economy. It could also harm the economies of several EU countries who do business with the UK.

The UK executive and the EU did come to a provisional deal in 2018, known as the "Withdrawal Agreement." The Withdrawal Agreement is a lengthy document which clarifies some of how EU/UK relations could operate post-Brexit. It also leaves many questions unanswered.

UK's parliament needs to approve any exit deal before the UK side officially agrees to it. The Withdrawal Agreement has been put before Parliament several times and has been rejected each time.

This is why the Brexit process has been extended. It is hoped that the UK can settle its internal political turmoil, and come back to the table with a proposal that has been endorsed by its parliament.

Is the Withdrawal Agreement Final?

So, the Withdrawal Agreement could give us some idea of the nature of future arrangements.

One important part of the agreement that may survive is the "transition period" over which the UK will remain subject to EU laws. This is important for our purposes.

What is the Transition Period?

The transition period, as it stands in the Withdrawal Agreement, would be a period over which the UK is still subject to EU laws but also allowed to enter into trade negotiations with non-EU countries.

The end of the transition period as set out in the Withdrawal Agreement is December 31, 2020.

This date could change, but some are treating it as the date that the UK completely leaves the EU.

The political climate in the UK is highly unstable at the moment, and it's very hard to say what will happen next. However, we can consider a few possible scenarios and the implications that they might have.

"No Deal Brexit" is the most "extreme" form of Brexit. No deal would mean the UK leaving the EU without making any arrangements to continue in EU projects or trade on preferential terms with the EU.

While a no deal Brexit once seemed very unlikely, it increasingly seems like a plausible outcome. After all, if the EU and the UK can't agree on a deal before October 31, 2019, there could be a no deal Brexit by default.

It is possible that the UK will construct some sort of deal with the EU, but that it will not involve very much cooperation between the two countries.

"Hard Brexit" might see the UK leave both the single market and the customs union. However, it could continue to trade on preferential terms with the EU as a third country.

Some argue that the UK should honor the referendum decision and leave the EU, but remain party to many agreements that EU membership entails.

It is possible that the UK could offer the public another chance to vote on leaving the EU. This is known variously as a "second referendum," a "confirmatory vote," or sometimes a "People's Vote."

It isn't clear what question would be put before the UK public if another referendum were called. However, this scenario could even see the Brexit decision reversed, meaning that the UK would remain in the EU.

Right now, the UK is still subject to the EU's laws. One of these EU laws is the General Data Protection Regulation (GDPR).

The UK has its own version of the GDPR, the Data Protection Act 2018. This brings the GDPR onto UK statute books, and there are no plans to repeal this law post-Brexit.

However, there is a small but important update that you may have to make to your Privacy Policy even at this stage of the Brexit process. This has to do with international data transfers.

The GDPR sets out several grounds on which international data transfers can take place. For example:

The changes we're looking at in this article relate to point 2 and concern Privacy Shield participants.

US companies who are certified under the Privacy Shield framework can send or receive personal data out of the EU without any additional restrictions, much like companies in countries who have received an adequacy decision.

But what happens to Privacy Shield after the UK leaves the EU?

As is clear from the various Brexit scenarios set out above, it's not clear what the UK's legal situation will be in the coming years. When the UK becomes a non-EU country, it may be required to obtain an adequacy decision from the European Commission.

After Brexit, the UK may no longer even be a part of the Privacy Shield framework. This would mean that companies who wish to transfer personal data out of the UK might have to comply with a different set of rules.

If your company is part of the EU-US Privacy Shield framework, there's a step that you should take before the day on which Brexit actually takes place. You'll need to make certain changes to your Privacy Policy to reflect the UK's changing status.

These changes have been mandated by the US Department of Commerce (DOC) via its Privacy Shield and the UK FAQs.

The DOC requires a minor but very important amendment to the Privacy Policies of Privacy Shield participants. This amendment is designed to reflect the potential distinction between the EU and the UK as separate jurisdictions post-Brexit.

In its FAQ (linked above) the DOC provides "model language" for such amendments below:

When Should I Make This Change?

The first scenario assumes that the transition period part of the Withdrawal Agreement survives any further negotiations. The second scenario implies that you should make such changes to your Privacy Policy as soon as possible.

Is There Anything Else Privacy Shield Participants Should Do?

The DOC requires that those companies relying on Privacy Shield participation to transfer Human Resources data should also update their HR policies to include language similar to that above.

Other than that, the DOC simply suggests that participants continue to maintain their Privacy Shield certification by recertifying annually in the normal way.

Nobody knows for sure how Brexit will turn out. But you'll want to do everything you can to prepare. 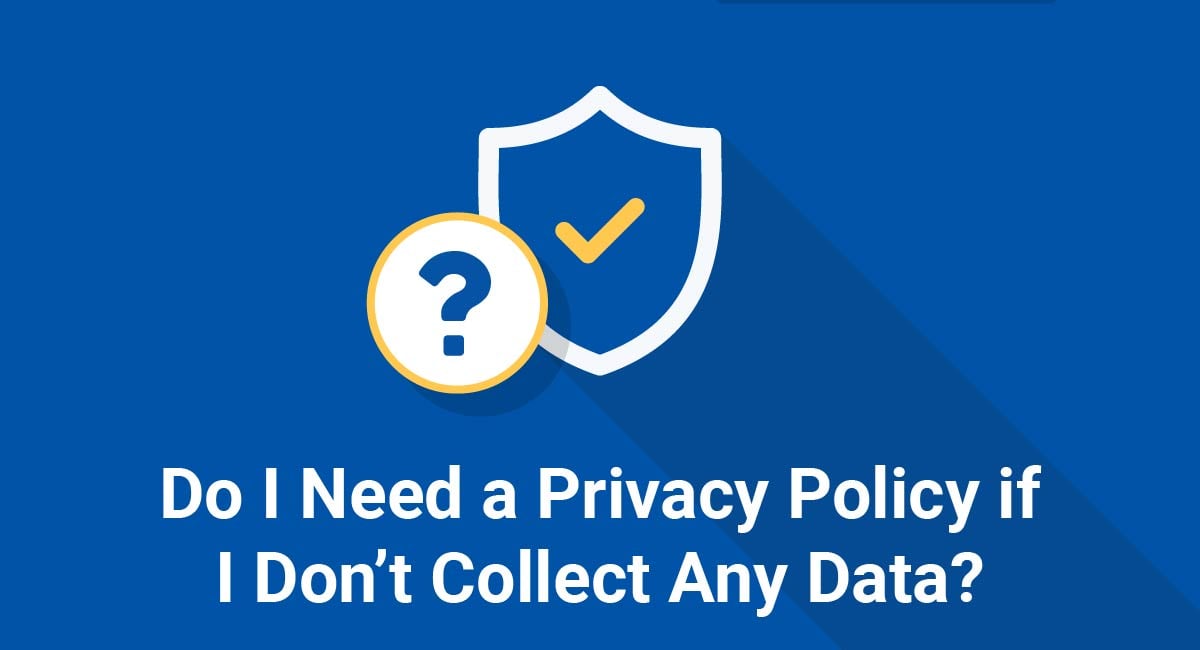 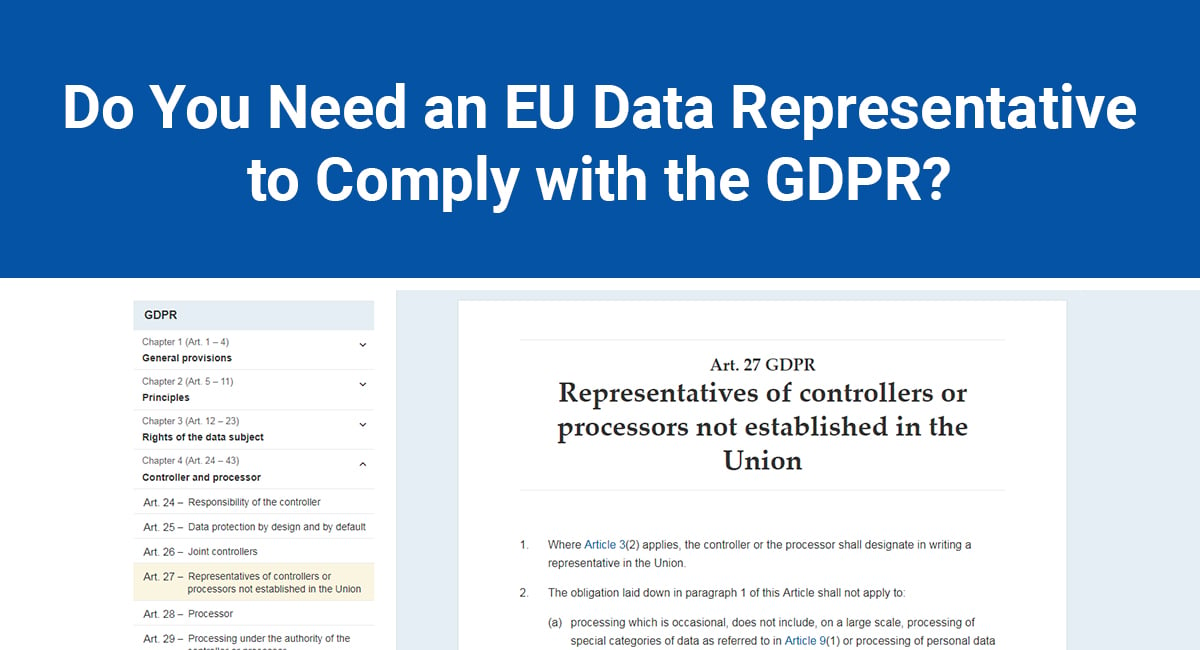 Do You Need an EU Data Representative to Comply with the GDPR?

If your business is located outside of the European Union, GDPR compliance may seem like a murky and confusing process.... 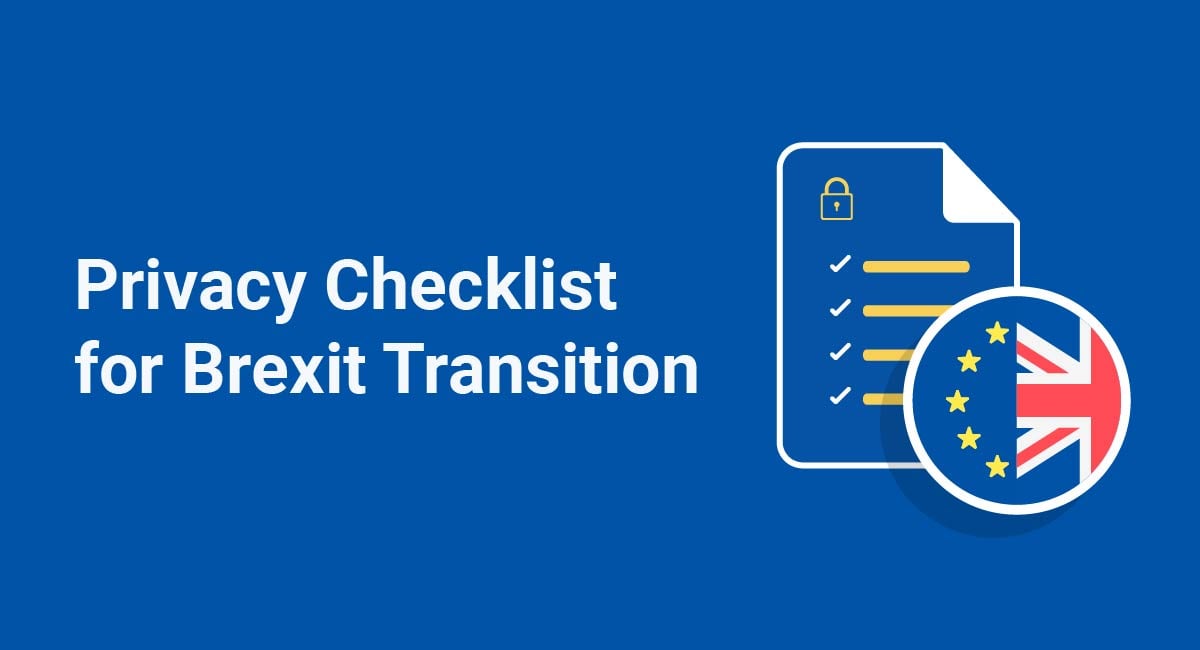 The data protection aspects of Brexit have received relatively little attention in the mainstream press. But data is a crucial...