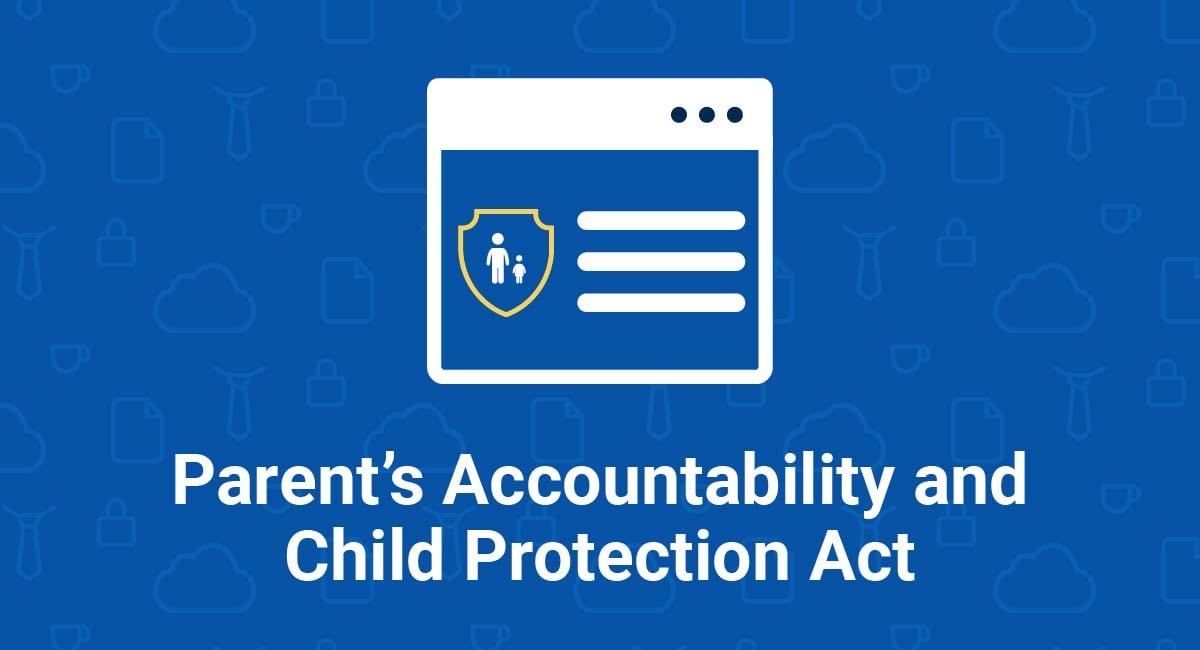 The bill became enforceable on January 1, 2020.

The Act demands that companies and individuals that do business in the state of California and that endeavor to sell specific services or products, to take "reasonable steps," as prescribed by the state.

For example, a step considered reasonable includes but isn't limited to confirming the individual's age making a purchase. Under the law, these companies and individuals must ensure that the buyer is of legal age when the purchase or delivery occurs.

The Act also forbids individuals and businesses covered by the law's provisions from keeping, using, or revealing any data received in efforts made to substantiate the age of a recipient or purchaser. Indeed these provisions concerning retention of data apply for any purposes other than strictly complying with the Act, other California laws, or abiding by state and federal court orders.

The Act was included in Cal. Civ. Code Sec. 1798.99.1, which are regulations concerning the sale of services or products to minors that California law deems illegal.

Let's take a deeper look at the rules and requirements of the Act, as well as what you'll need to do to comply.

In March 2018, the NBC news affiliate KCRA 3 conducted an investigation, which found that a 14-year old boy from Sacramento bought a BB gun online through the vast online retail giant Amazon.com.

The boy bought the BB gun by using an Amazon gift card and an account he set up under his name.

At the time, Amazon's Conditions of Use only noted that an individual had to be over 18 to use the site. In 2018, Amazon assumed that those who used the site and were under 18-years old had their parent's permission to do so.

Amazon has since updated its Privacy Policy, which the site notes also governs an individual's use of their site in addition to their Conditions of Use. The company's new terminology reads:

Following the letter to Mr. Becerra and after the KCRA 3 investigation State Assembly Member Ed Chau (D-Monterey Park) was quoted as saying:

"I was alarmed to learn that some online shopping sites have very relaxed systems in place for verifying the age of minors who are purchasing products they are not legally allowed to own. As a result, I have decided to amend my bill, AB 2511, to require that online shopping sites do more than solely rely on the word of a child when selling products that require an adult purchaser."

Who Does the Parent's Accountability and Child Protection Act Apply to?

As noted above, the Act covers any company or person that conducts business in California and plans to sell products and services deemed "illegal" under California law to sell to minors.

TermsFeed Generators make it easy for you to generate the necessary legal agreements for your websites and apps:

What Products and Services are Illegal Under the Act?

There are two lists of services and products, which are considered illegal when sold to minors under the Act. There are separate age verifications for each.

Illegal items, when sold to minors, which are listed in 1798.99.1's section (b) include the following:

Illegal items, when sold to minors, which are listed in 1798.99.1's section (c) include the following:

How to Comply With the Parent's Accountability and Child Protection Act

To be compliant, if you or your business sell products or services within the state of California, then you must take steps to ensure that those who make purchases are of legal age at the time of delivery or purchase.

In other words, you can't sell any of the items or services listed above unless the person is of legal age.

According to the Act, reasonable steps to ensure age verification are:

The definition of government-issued IDs under the Act include the following:

Compliance with the Act also means refraining from keeping, using, or disclosing any information or data received from a buyer or recipient when making an effort to verify the buyer's age.

In fact, you can't retain this data for any purposes other than necessary for you to comply with, or when you need to show compliance with, a state or federal court order, California law, or the Act.

If you are discovered to be non-compliant with the Act, a "public prosecutor" may bring an action to enforce the law. Those found to have violated the Act are subject to a civil penalty, which may reach up to $7,500 for every infringement.

Updates on the Parent's Accountability and Child Protection Act

Assembly Member James Gallagher (R-District 3) introduced an amendment to the Act that specifically dealt with social media applications and websites.

It passed both the State House and Senate, but California's Governor Gavin Newsom vetoed it on September 29, 2020. In his veto message, Governor Newsom stated that "AB 1138 would only create 'unnecessary confusion' given its overlap with federal law."

The federal law Governor Newsom was referencing is the Children's Online Privacy Protection Act (COPPA), which requires online service operators or websites to acquire verifiable guardian or parental consent before collecting any minor's personal information under the age of 13.

AB 1138 would have required an individual or company that does business in California and operates a social media application or media website from permitting a minor, whom the individual or business "actually knows" is under 13-years old, to create an account with the application or website.

The only circumstance wherein the minor could create an account with the social media application or website is when the business or individual acquired consent from the minor's parent or legal guardian.

Rules for Parents and Guardians

Under the amendment, parents and guardians would have been required to:

Restrictions on Retention of Information

As with the rules governing the Act itself, the social media websites and applications covered under the amendment would have prohibited keeping, using, or disclosing personal information except as needed to show compliance.

The Parent's Accountability and Child Protection Act was passed to help protect the privacy of minors under the age of 18 and keep products and services deemed illegal for their age group out of their hands.

The Act applies to you and your company if you do business in the State of California and if you sell products and services that are considered illegal when sold to minors.

The Act lists many products and services which you cannot knowingly sell to minors. It also prohibits you and your company from retaining, using, or disclosing minors' personal information.

If you violate the Act and it can be proven that you have done so, you face a fine of up to $7,500 for every infraction.